Hawaii Tee Times  would like to wish our local friend Michelle Wie the best of luck at the 2015 U.S. Women's Open which starts tomorrow, July 9th, at Lancaster Country Club, in Lancaster, Pennsylvania!

Michelle will be defending her title as the 2014 U.S. Women's Open winner! Good Luck Michelle from all of us at HTT!! 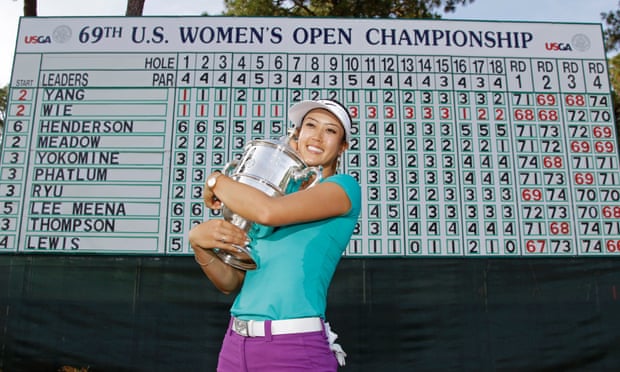 Michelle grew up right here in Oahu playing KoOlina, if you wish to play there too

The Champions Tour comes back to beautiful Oahu for the Pacific Links Championship.

The Pacific Links Championship will be a 3 day tournament beginning Sept 20-22. This will be the second time the event has
been played at Kapolei.

The “Big Fijian” played in 19 PGA Tour events this year, with his best finish at the Sony Open In Hawaii, where he tied for 20th.
“I am very pleased to be playing my first Champions Tour event in Hawaii at the Pacific Links Hawaii Championship,” Singh said in a statement.
Singh’s 21 years as a professional golfer have included 34 PGA Tour wins, including the 2000 Masters and the 1998 and 2004 PGA Championships.

VJ, has always been a great supporter of golf here in Hawaii.  He has come back year after year for the Sony Open. VJ won the 2005 Sony Open at Waialea with a 11 under score of 269.

Come out and support some of the greatest golfers, the competition should be great and the course is in great condition.
Hawaii Tee Times will be out at the course over the weekend taking photos of the players.